But is it Enough? Who cares! 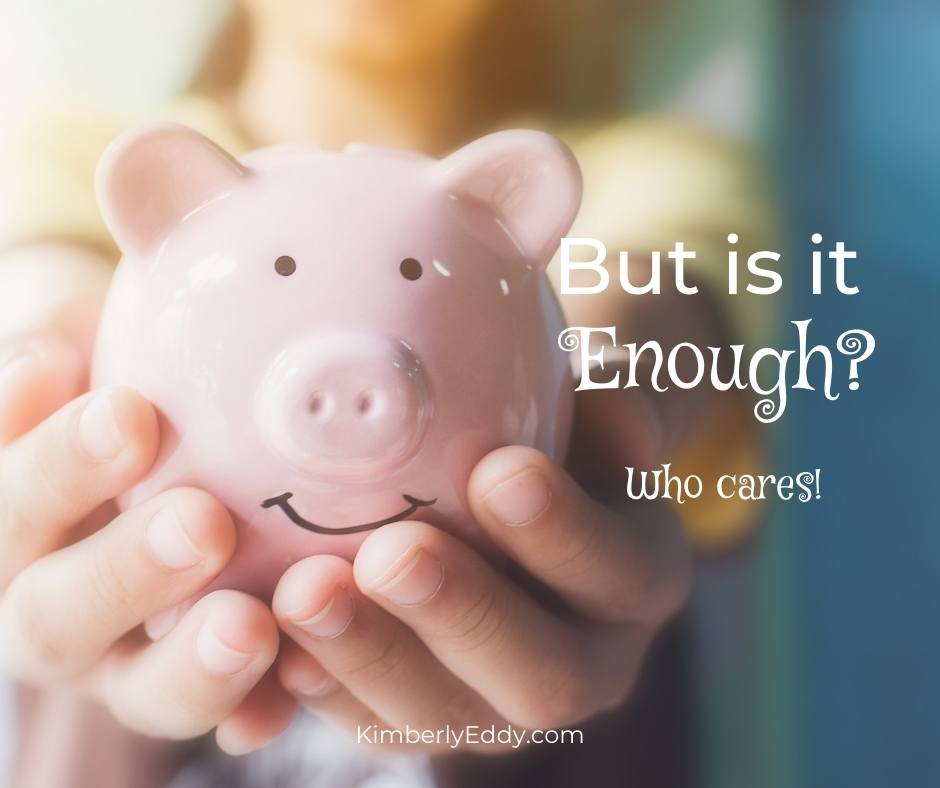 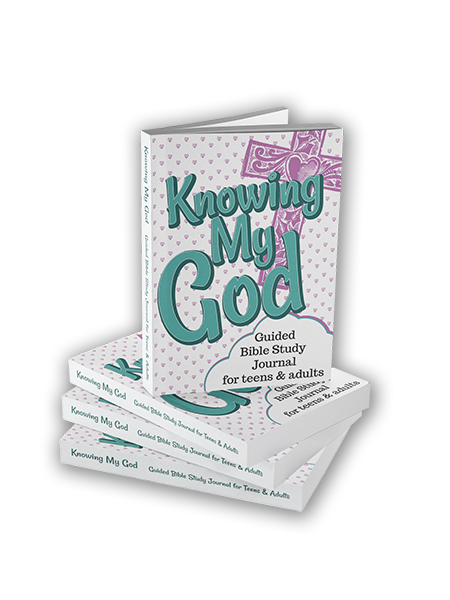 How much is “enough”? I often wrestled with knowing what I “Should” put into savings versus what I “Could” put there.

I built a small but significant habit during our lean years that helped change everything for our family. I decided to start putting money into savings, no matter how small the amount, whenever I could.

I consider this significant because although trimming your budget is important, and paying down debt is important, until you start to accrue savings (for example, an emergency fund), you will fall back into the hole all too quickly.

This is not easy when you are already living paycheck to paycheck, and money is super tight. At the time I started this, we were at the upper edge of the poverty level, and in foreclosure on our house.

So, I decided to take whatever change I got back at the store, and put that into a piggy bank. In other words, all loose change.

If I got $0.92 back in change, I didn’t use that at the next store I shopped at. It went into a special section of my purse, and later into a piggy bank.

This idea was born out of the realization that I would never have enough to build a savings if I didn’t start somewhere. And if that somewhere was $0.92, so be it.

At the time, I was telling a friend of mine about this concept and she was dismissive.

“I don’t see how that’s going to be enough to make a difference!”

I know the feeling. I do.

But worrying about whether or not this is “enough” is a kind of perfectionism that was keeping me from ever starting.

I want to save. I intend to save. I planned to save, and to do this and that with my savings.

But first all my duckies need to get in a row.

Circumstances need to be perfect, and THEN I will start.

If this is how you approach hard things, I suggest starting with what you have, instead of worrying about ideal circumstances you are not experiencing and perfect situations that have eluded you thus far.

Start with the loose change in your pocket.

This may sound crazy, but if you are currently putting $0 away into some savings (piggy bank or actual bank), then $0.92 in loose change is better than putting $0 away.

And although that $0.92 isn’t going to change your life one way or another by itself, the habit of putting money away that you are not spending will help you in the long run.

Take action instead of letting Perfectionism Hold You Back

This idea of waiting until you have “enough” to start saving is a kind of perfectionism.

And I get that. I struggle with that, big time.

For me, I would make a plan, see that it was impossible and hopeless, and so I wouldn’t make an effort or do anything at all.

I like to look at the long term. If I know I will need to get to a certain spot by a certain date, I will figure out how much I need to save by then. Oh, wait, I don’t have enough to put that much into savings, I’ll realize.

Then, I’d not put anything into savings. After all, my best is not going to be good enough.

If you don’t feel like your best is enough, consider this:

If you’re thinking that putting aside every $1 bill and any loose change into your savings account is not enough, then you need to ask yourself the question, “How much are you putting into savings right now?”

This isn’t just about money. You can apply this to anything at all.

Healthy Habits like exercise? I can’t seem to go 5 miles on the treadmill, so I will do 0. If I can’t do 30 minutes of strength training, I will do nothing.

Instead, I started to promise myself I’d do five minutes, then I’d be off the hook. Because five minutes is more than 0 minutes. Simple math, right?

I love my garden, as it has fed our family well in those lean years, but I don’t always have the time or energy to tend it. So, I made a deal with myself to spend 30 minutes a day outside doing something in the garden, because 30 minutes is more than 0 minutes. Sure, I used to spend hours out there working hard, but I have a business and other responsibilities, and I’m dealing with asthma now. But by being consistent in small ways, it eventually is enough.

Or building my passive income streams. I have a growing income from Zazzle, a print on demand company. However, one way to keep growing with Zazzle is to keep making new products and designs. I heard someone say that creating 50 new products a day is ideal. I couldn’t stick to that for long, so I gave up. After a while, I realized doing 1 product a day is more than doing 0 products a day.

The real benefit of saving

For our family, though we didn’t realize it at the time, the value of putting even a dollar into the savings account went well beyond the dollar we were setting aside for emergencies.

It’s not about what is and is not enough, especially if you’ve grown up as I have as part of the generation that spends everything we earn plus going into debt for what we think we should have over and above our income.

The act of saving all loose coins and all dollar bills was not as much about the amount we were putting into the bank, and whether or not it would be “enough” for our goals. Not at all.

The act of saving even a small amount was more about building a habit of not spending everything I had in my wallet, and then some.

When my husband and I would decide that we’d have, for example, $100 in grocery money for a certain week, he often teased me that I’d somehow manage to spend $102.67. No kidding.

But, that wasn’t the point.

There was a habit there, whether reasonable and understandable or not, of spending just a little bit more than I had budgeted and then saying, “Oh well, I’m still doing pretty good compared to most people”

A New Habit of Saving Instead of Spending

When I got into the habit of putting every individual dollar bill and coin into a separate part of my wallet and then into my savings account as soon as shopping was over, I was building a new habit. A better habit.

It was the habit of spending less than budgeted.

Worrying about whether or not it would be enough was just an excuse. A form of procrastination. Sometimes it was even a pity party about not having enough.

The habit not only helped us get used to not viewing the amount in our wallets as what we get to spend today 😉 but it also surprised me by fully funding my emergency fund in under a year….Loose change can be more than we realize.

It can be enough.